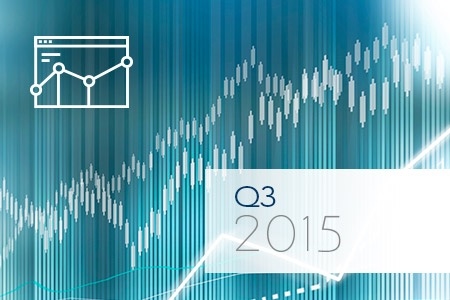 “In Q3 2015, the Grupa Azoty Group continued on a path of improving its EBITDA margin, which grew by more than 50% year on year, to 9% (vs 6% in Q3 2014). The Fertilizer segment remained the key growth driver, as its performance benefited from favourable trends on the raw materials market. The performance of the other segments was comparable to that reported in Q3 2014,” said Andrzej Skolmowski, Vice-President of the Management Board for Finance.

Of the key business segments, Fertilizers was the one to generate the highest margin growths at all levels of the income statement. This was mainly an effect of lower prices of key energy carriers (natural gas, coal) and of the Grupa Azoty Group successfully pursuing its trading and marketing policy. This allowed us to mitigate the adverse effect of price pressures in nitrogen fertilizers (mainly urea and ammonium nitrate), due to higher imports of these products and lower demand for ammonium sulfate in South America. With wider sales margins on nitrogen and NPK fertilizers, backed by favourable currency exchange rates (especially USD/PLN) and appropriate product allocation on the market, we were able to generate higher sales volumes already in the first months of the new fertilizer season. It is also for these reasons that revenue on Fertilizers rose by 21% y/y (almost PLN 260m by value), the segment’s EBITDA margin went up to 12% (from 6% in Q3 2014) and the overall liquidity position of the Group was markedly improved.

In the Plastics segment, consolidated EBITDA margin remained broadly flat (-2%) year on year. Higher benzene-polyamide delta, coupled with lower product sales by value, drove EBITDA margin on engineering plastics up, to 5% (compared with 3% last year). But unfavourable trends in the caprolactam market (such as the softening of demand in China caused by a slowdown in the country’s GDP growth) led to significant sales volume erosion (down by over 30%), which swallowed up the rise in earnings delivered by the segment of highly-processed products. The segment closed the third quarter with a result of PLN (-) 6.5m on revenue of PLN 292m.

The Chemicals segment posted EBITDA of PLN 18.7m, with EBITDA margin at 3%, a level similar to that reported in the same period last year. Sales were down by almost PLN 70m mainly as a result of challenges faced by the OXO and pigments business. Lower OXO alcohols output in Q3 2015, caused by a combination of underlying supply/demand factors and unfavourable price situation in the plasticizers segment, pushed OXO margins down by almost 7%. A market environment exerting strong price pressure on the titanium white (pigments) business led to the segment’s posting lower sales volumes and lower EBITDA margin (down by almost 8%). Positive trends in export sales of sulfur and melamine, benefiting from favourable gas price trends and improved market conditions, helped the Chemicals business deliver an aggregate result similar to the figure posted in Q3 2014.