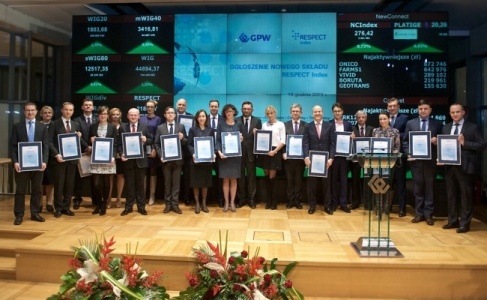 It is for the ninth time that Grupa Azoty has been included in the list, which makes it one of the few present in the index from its very beginning.

This is a noteworthy success.Grupa Azoty’s uninterrupted presence in the Respect Index from its creation is an enormous distinction and appreciation for its efforts and initiatives. It is also an incentive to raise the bar higher. The purpose of the RESPECT project is to highlight companies managed in a responsible and sustainable manner, positioning their stocks as attractive investments.A company may be included in the RESPECT Index only after a three-stage review process concluding with an audit by an external firm. The assessment covers the comprehensiveness of initiatives which an audited company takes with respect to its stakeholders and through which it expresses its social responsibility. Environmental, social and economic aspects are also analysed.

The initiatives taken by Grupa Azoty prove that its business is managed in a strategic and socially responsible manner, with due respect for applicable standards.