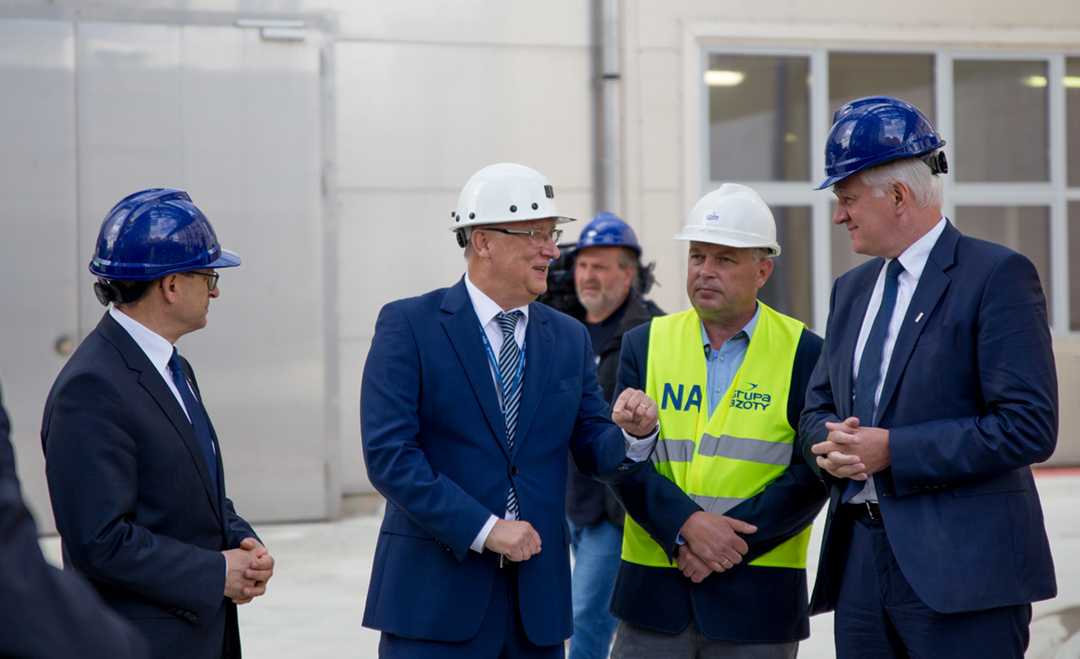 23.08.2017
Grupa Azoty: Innovation-driven organization Work starts on construction of new R&D centre in Tarnów
Today, a cornerstone laying ceremony officially marked the start of construction of Grupa Azoty S.A.’s new Research and Development Centre in Tarnów. The project will allow Grupa Azoty to expand its own research activities as part of the Group’s R&D efforts, and is consistent with the Group’s strategy to generate and implement innovation. It will also improve the competitiveness of Grupa Azoty’s products. Special guests who attended the ceremony included Jarosław Gowin, Deputy Prime Minister and Minister of Science and Higher Education, and Jadwiga Emilewicz, Under-secretary of State at the Ministry of Development.

“Opening of Grupa Azoty S.A.’s Research and Development Centre is a great opportunity both for the Province of Kraków and for Polish economy as a whole. Poland’s chemical sector has a significant growth potential, and development of such a facility demonstrates that both the Company and the region are innovation-driven . It is also an opportunity to stimulate the development of Polish science and tighten the links between industry, science and higher education. The initiative will place Tarnów among top R&D centres in Europe ,” said Mr Gowin. “Construction of Grupa Azoty S.A.’s Research and Development Centre in Tarnów is another project which has been granted financial support from the Ministry of Development as part of the Smart Growth programme. We believe that the grant of PLN 20m will help increase the innovation of Polish companies and will contribute to improving the competitiveness of Poland’s economy. I hope that harnessing the potential of science for the benefit of business will deliver useful solutions and will strengthen the position of Grupa Azoty among European and global modern chemical industry leaders,” said Ms Emilewicz. “Grupa Azoty’s ambition is to not only benefit from national development and education initiatives, but also to actively participate in them, also as a leader. Our new Research and Development Centre will mainly focus on state-of-the-art materials, modern fertilizing products and technologies, as well as pro-environmental solutions. In line with the updated Growth Strategy, by 2020 we will spend 1% of our revenue on research, development and innovation,” stresses Dr. Wojciech Wardacki, President of the Grupa Azoty Management Board. The key outcome of the efforts to devlop the R&D infrastructure in Tarnów will be expansion of the Group’s own research activities and creating an environment where results of the research could be verified at pilot-plant scale. Twenty new members of the staff, including five holders of PhD degrees, who are to be employed at the Centre will strengthen Grupa Azoty’s R&D human resources . Other expected effects of the project will include establishing and expanding cooperation with startups, research organizations and non-governmental organizations. The new facility, a two-storey building, will house laboratories and office space, with a total area of 5,524.42 square metres, and a pilot-plant hall with a total area of 2,486.42 square metres, connected to the main building. The project, worth close to PLN 88m, will involve construction and installation work as well as site development, including internal roads, car parks, pedestrian paths, indoor and outdoor mechanical and electrical systems, furnishing of premises, purchase of modern research and analytical equipment for the laboratories, installation work and auxiliary utilities for the pilot-plant hall, as well as plant and equipment for bench-scale and pilot testing and research. The new Centre will be developed around the Chemical Technology Research and Development Centre, i.e. an existing unit within the structure of Grupa Azoty. The project is co-financed with a grant received from the Ministry of Development as part of the support for investment in R&D infrastructure measure of the Operational Programme Smart Growth. The Ministry of Development and Grupa Azoty signed an agreement for the PLN 20m grant in September 2016. In November 2016, the Group obtained a final environmental permit specifying the conditions for execution of the project, and in March 2017, the Group obtained a final building permit from the Mayor of Tarnów . Concurrently, construction designe and specifications were prepared and the tender was called. In July, the construction site was handed over to the selected contractor. The project is to be completed by the end of 2018. 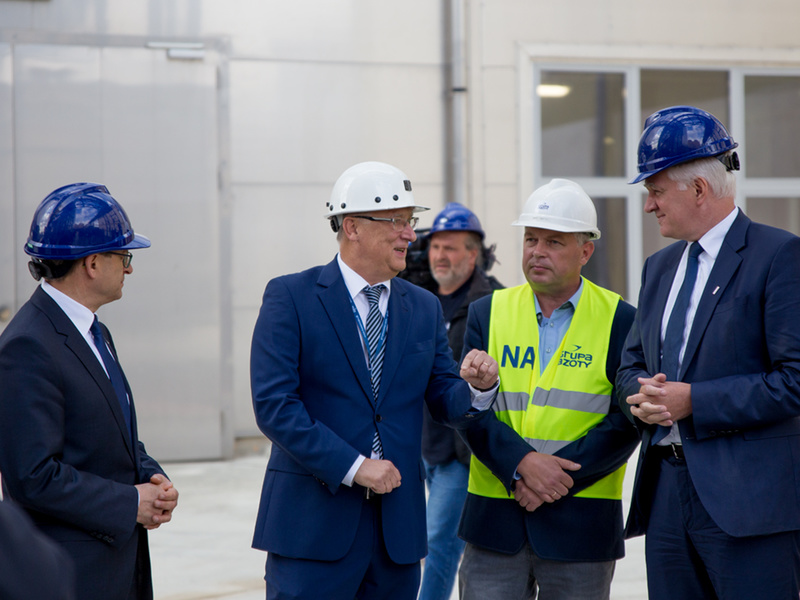 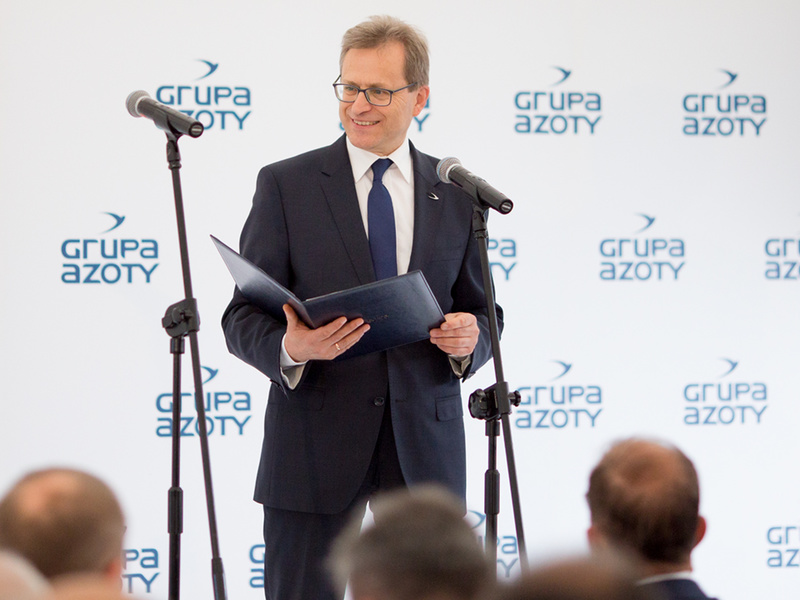 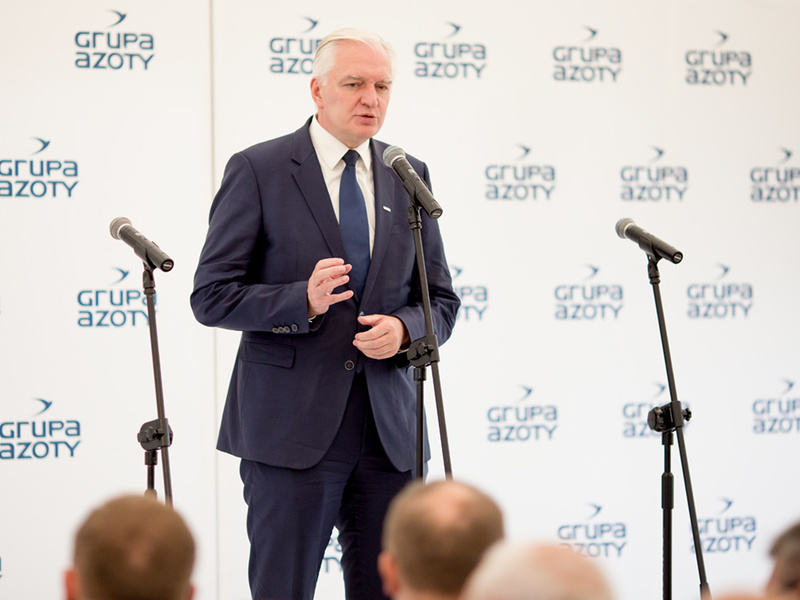 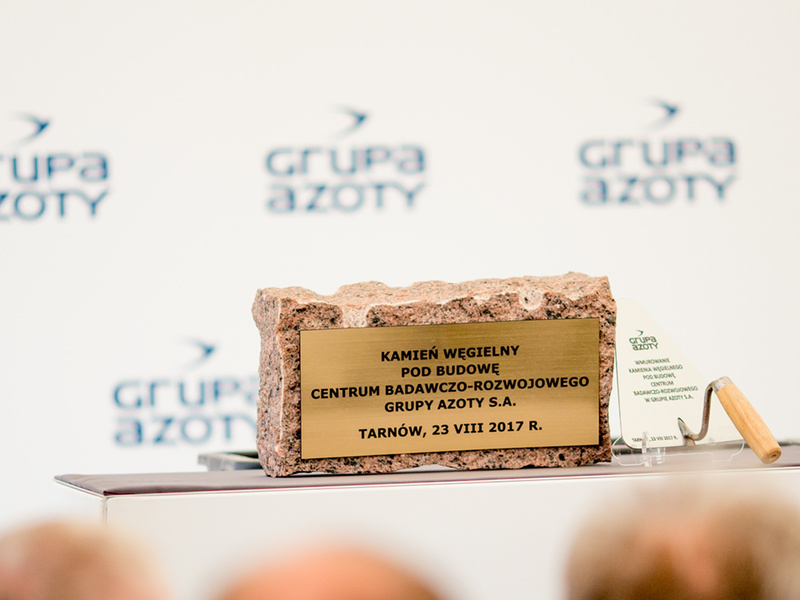 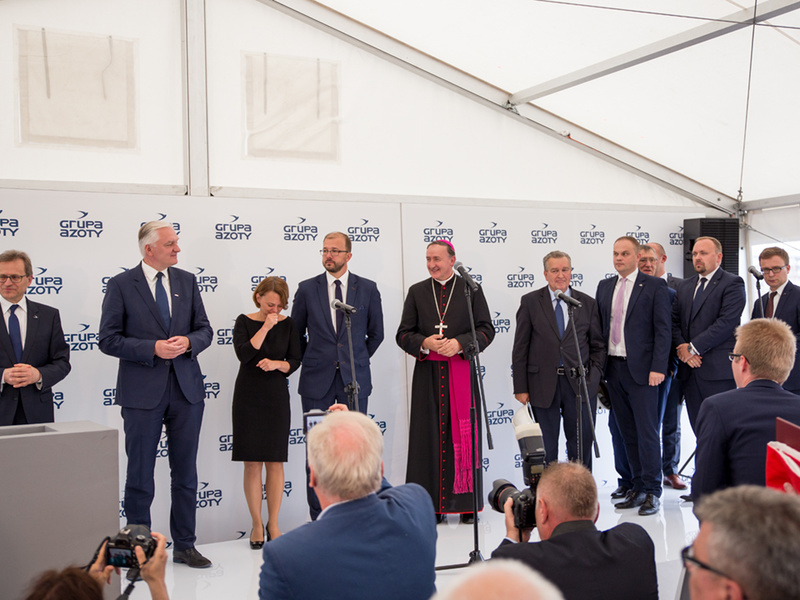 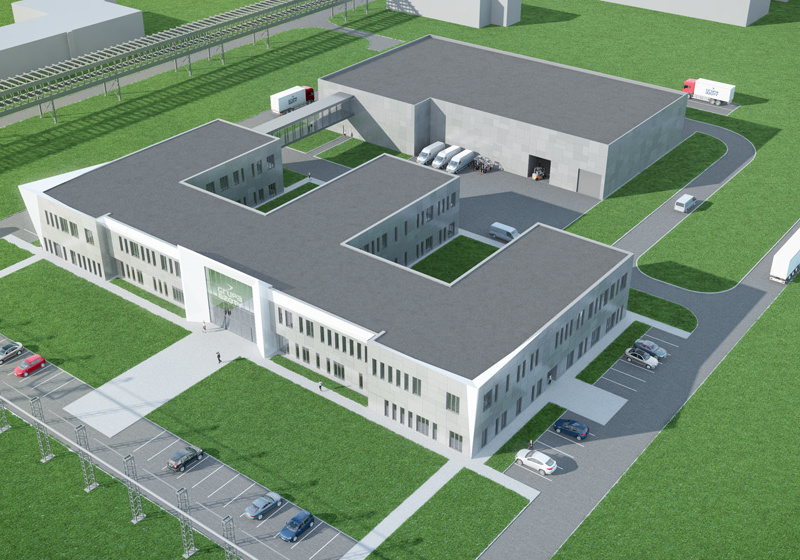 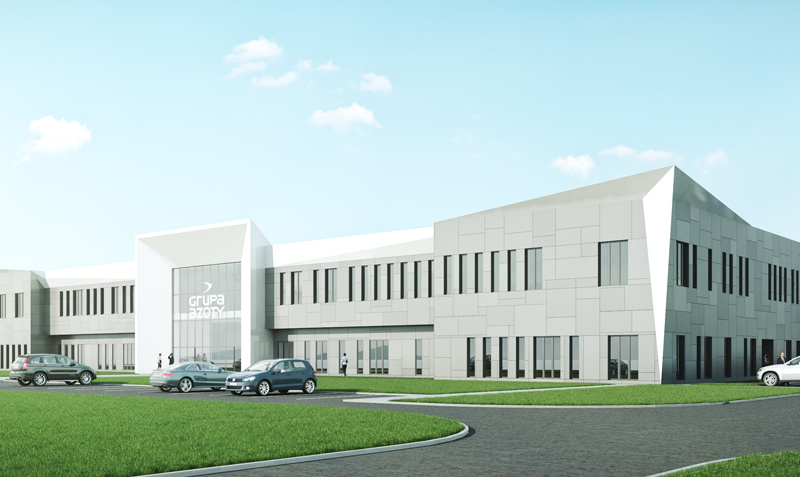 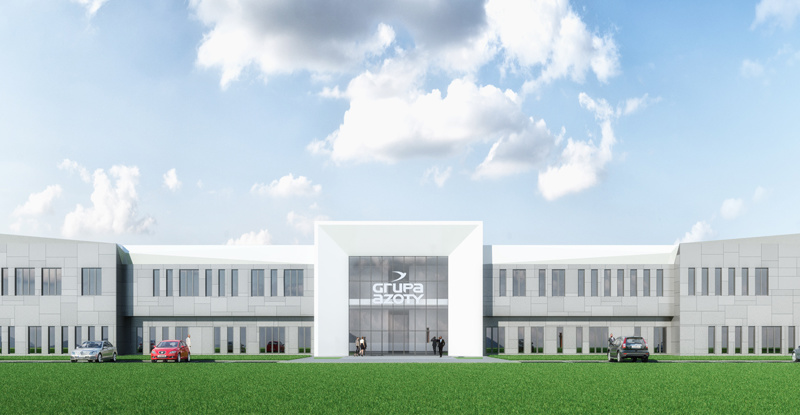