Another edition of the Grupa Azoty Brand Ambassador programme, in which Ambassadors engaged by the Group represented it at their respective universities, has just come to an end. In the course of the year-long programme, six Ambassadors selected by the largest Group Companies helped the Group organise various brand promotion and information events for the academic community.

Among activities carried out by the Ambassadors in the 2021/2022 academic year were employer branding sessions for students of technical secondary schools to promote the Group Companies, the provision of information on collaboration between business and science and the acquisition of skills to plan their own personal development paths in conjunction with Grupa Azoty Companies. The Ambassadors took part in job fairs for the academic community and informed students of the available internship and traineeship opportunities. Important aspects of the Ambassadors’ activities were to promote Idea4Azoty, the Group’s acceleration scheme, be active on social media, communicate key developments relating to the Companies, and run competitions and quizzes.

Events concluding this year’s edition of the Grupa Azoty Brand Ambassador Programme took place on June 23rd and 24th at Grupa Azoty Zakłady Chemiczne Police S.A. On the first day, participants visited the plant operated by Grupa Azoty Police and the construction site of Polimery Police, the Group’s flagship capital investment project. In the afternoon, they had a chance to appreciate the maritime character of Szczecin during a guided tour of the city. On the second day, there was a meeting with representatives of the Management Boards of Grupa Azoty S.A. and Grupa Azoty Police.

“The Ambassador Programme is an opportunity for students and doctoral candidates to get to know Grupa Azoty, its production and commercial processes. We know that the successes of our Companies depend mainly on the contribution of their staff. For many years, the Grupa Azoty Group has sought to attract top talent while still in university and the Management Boards of the Group Companies have tried to offer them the best development opportunities. It is essential for the Group Companies to attract the best personnel to compete effectively in their demanding markets. The Grupa Azoty Brand Ambassador initiative is a platform allowing us to do just that,” says Tomasz Hinc, President of the Management Board of Grupa Azoty S.A.

“During the year-long partnership, we did our best to give the Ambassadors a unique insight into the workings of the fertilizer and chemical industry. We operate in a strategic sector of the Polish economy, so the challenges we face call for a comprehensive approach to a large number of issues, and this aspect was emphasised by our experts who were interacting directly with the Ambassadors. I have no doubt that the past months have made an invaluable contribution to the professional development of our Ambassadors, who may some day join the ranks of Grupa Azoty’s staff,” says Grzegorz Kądzielawski, Vice President of the Management Board of Grupa Azoty S.A.

“The place to wrap up the ambassador programme was not chosen at random. It is here that Polimery Police, Grupa Azoty’s largest project, is being constructed, allowing us to continue our strategy of diversifying the business. I hope the opportunity to see this spectacular project up close was a valuable experience for our Ambassadors. Grupa Azoty sets ambitious goals and works consistently to achieve them. We wish the same for our Ambassadors,” says Mariusz Grab, Vice President of the Management Board of Grupa Azoty S.A., President of the Management Board of Grupa Azoty Police. 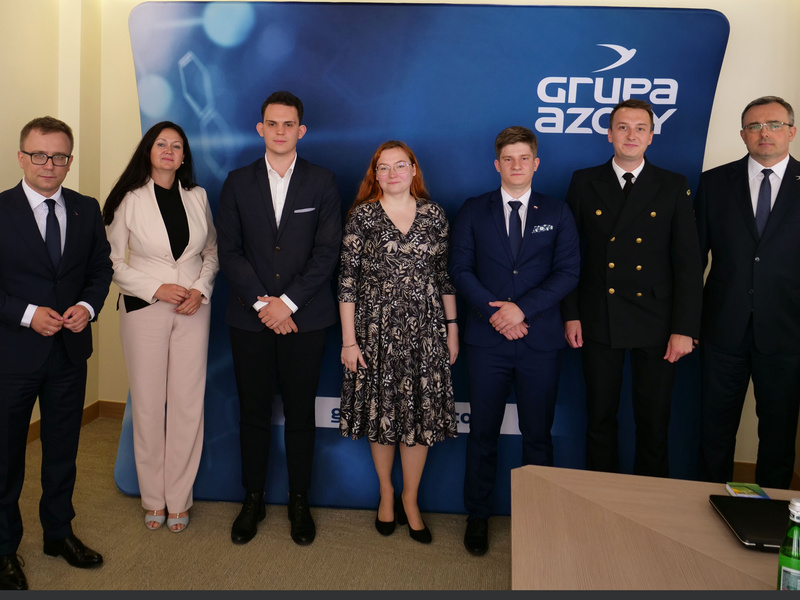 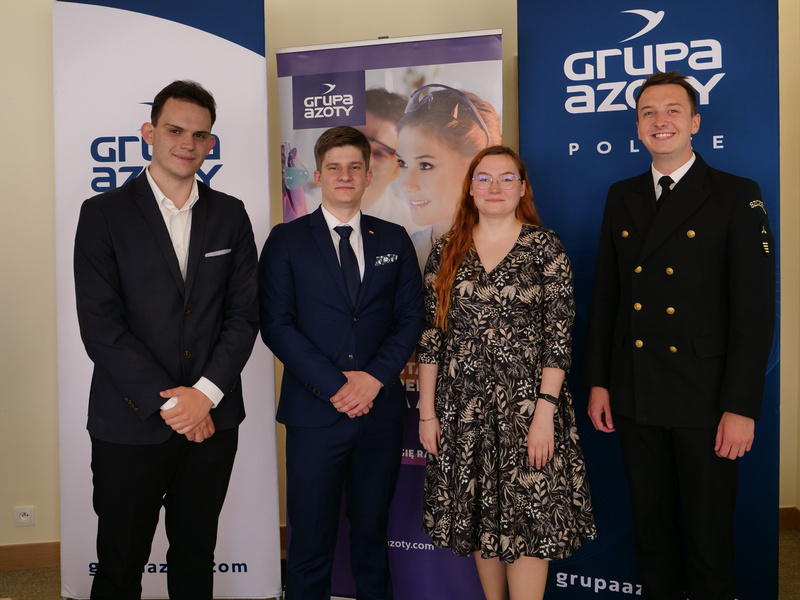